The Senate passed the USA Freedom Act by 67-32, marking the first time in over thirty years that both houses of Congress have approved a bill placing real restrictions and oversight on the National Security Agency’s surveillance powers. 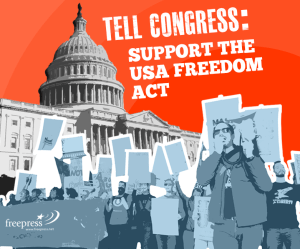 Jaipur Metro, touted as one of the fastest built metro systems in the country, started operating. Chief Minister Vasundhara Raje flagged off the inaugural train on 9.6 km long route from Mansarovar to Chandpole. 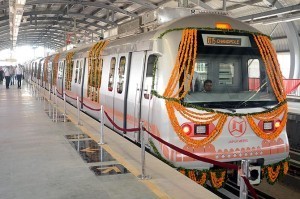 3.   Irwin Rose, a biochemist who shared the 2004 Nobel Prize in Chemistry for discovering a way that cells destroy unwanted proteins the basis for developing new therapies for diseases such as cervical cancer and cystic fibrosis has died. He was 88. READ MORE

4. Swiss major Nestle faced a barrage of action on Wednesday over its Maggi noodles, with Delhi government banning the product for 15 days, the Army as well as a leading retail chain taking it off their shelves and the Centre filing a complaint against the manufacturer in the National Consumer Disputes Redressal Commission. READ MORE

5. The cut-off score for JEE (Advanced) has been released and like the previous years, it has been declared at 35% or 177 for the common merit list. The minimum aggregate score for the other backward category candidates is 159. READ MORE