The Reserve Bank of India cut interest rates by 25 basis points a third time this year. The reduction in the repo rate will lower cost of funds for banks and is a signal to them to reduce lending rates. 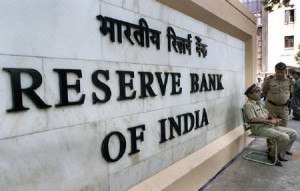 3. Former Prime Minister of India, Atal Bihari Vajpayee, is set to be honoured by Bangladesh for his outstanding support which led to the country’s independence during the 1971 Liberation War, when he was a Lok Sabha member. READ MORE

4. State Bank of India, the country’s largest bank, took the lead in lowering its base rate by 15 basis points (bps) to 9.70 per cent soon after Reserve Bank of India lowered its interest rates. READ MORE

5. Former Foreign Minister of Singapore George Yeo will be the new Chancellor of the Nalanda University, the External Affairs Ministry announced. 60-year-old Yeo, who was conferred Padma Bhushan in 2012, is currently serving as a member of the governing board of the prestigious university at Rajgir area of Bihar. READ MORE