1. Jayalalitha to be sworn in as new CM of Tamil Nadu today

Tamil Nadu chief minister O Panneerselvam handed over his resignation to Governor K Rosiah, making way for AIADMK chief J Jayalalithaa to take over the administrative reins.  All 151 MLAs of the party unanimously re-elected Jayalalithaa as the legislature party leader, paving the way for her to become the state chief minister for the fifth time.  She is expected to be sworn in to the chief minister’s post on 23 May. 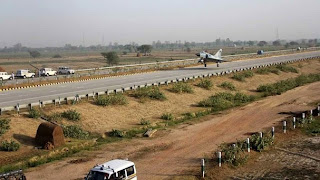 Uttar Pradesh. The aircraft made a practise approach on the highway, coming down to a height of 100 metres before landing off the next approach.  This is to prepare IAF for emergency situations wherein regular airbases might have been bombed.
Read More
3. Obama Names Indian-American Professor, Akhil Amar to Key Administration Post : http://bit.ly/1PCBhOu
4. Government relaxes FDI norms for NRIs, PIOs, OCI http://bit.ly/1F2iAsj