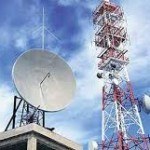 The Union Cabinet gave its approval to the spectrum sharing guidelines based on the recommendations of the Telecom Regulatory Authority of India (TRAI). The decision is part of Union Government’s commitment to improve spectral efficiency and quality of telecom service across the country. As per the TRAI guidelines Spectrum sharing will be allowed only for the access service providers in the first instance in a Licensed Service Area (LSA). In this case both spectrum license holders should have spectrum in the same band and have paid market price for it. Access of all spectrums including traded spectrums will be sharable provided that both license holders having spectrum in the same band. Read More 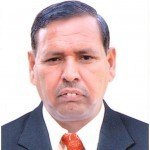 Jethabhai Patel the veteran cooperative leader and Sabar Dairy chief was unanimously elected as Chairman of the prestigious Gujarat Cooperative Milk Marketing Federation (GCMMF) that markets the Amul brand of dairy products in India and overseas. Patel will head GCMMF Asia’s largest milk cooperative and apex marketing body comprising 17 dairy unions of the state for next two and a half years. He was unanimously elected by chairmen of all 17 district dairy unions under GCMMF, who are also board members of GCMMF. Patel has been chairman of Sabarkantha District Cooperative Milk Producers Union Ltd, Sabar Dairy, since 2010. He had been serving as GCMMF’s interim chairman following a no-confidence motion passed against former Chairman Vipul Chaudhary in 2013. Read More 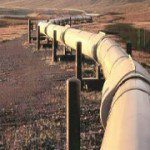 The Union Cabinet has approved a Memorandum of Understanding (MoU) between India and Nepal for construction of petroleum products pipeline from Raxaul (Bihar) in India to Amlekhgunj in Nepal.
The MoU seeks to promote bilateral cooperation in the oil and gas sector between both neighbouring countries and secure long term supply of petroleum products to Nepal.
Raxaul-Amlekhgunj petroleum pipeline: In the first phase it will be constructed by Indian Oil Corporation (IOC) on behalf of Indian Government at a cost of 200 crore rupees. IOC will br also engaged in re-engineering and construction of the Amlekhgunj Depot and allied facilities. Read More

5. Uninor signed worth Rs 1,200 cr contract with Huawei for modernising its network

Uninor a subsidiary of Norway’s telecom major Telenor has inked an agreement worth 1,200 crore rupees with Chinese firm Huawei for modernising and managing its network across six circles in the country. The advancement of payment will be done in phase manner for three years. As per the partnership Huawei will modernise and manage Uninor’s network by making it future ready for 4G network and internet service. Accordingly Huawei India will modernise its entire telecom network across all six operating telecom circles in Gujarat, Maharashtra, Andhra Pradesh, UP (East), UP (West), Bihar (including Jharkhand), which as of now has 24,000 base stations. Huawei has announced that the network modernisation will be done in environment-friendly green solutions that would lower power consumption by almost 30 per cent and increase spectral efficiency. Read More

Union Railway Ministry has signed 4 Memorandum of Understandings (MoUs) with Union Power and New & Renewable Energy Ministry for energy conservation, transmission and solarisation. These MoUs seek to boost cooperation between both parties in the areas of electricity transmission, promotion of renewable energy and energy conservation in a time bound manner. Key facts First MoU seeks to boost knowledge sharing in the field of energy and electricity conservation to reduce the cost of electricity for the Railways. Second MoU was signed to promote solar energy usage  and provide a framework for providing future energy solutions. Read More

Maharashtra government has constituted a cabinet sub-committee to prepare an action plan to tackle the impending drought crisis in the state due to poor monsoon. The committee will be headed by state Agriculture Minister Eknath Khadse and also comprise state Rural Development Minister Pankaja Munde, Water Supply Minister Babanrao Lonikar and Finance Minister Sudhir Mungantiwar. The first meeting of this sub-committee was held in Mumbai and discussion to tackle the impending drought crisis in Marathwada region of state were taken. In this region districts like Beed, Osmanabad and Latur are worst affected by drought as the ground water levels in have gone below 600 feet. Read More

Acharya Dev Vrat was sworn in as the Governor of Himachal Pradesh at oath taking ceremony held in Raj Bhawan, Shimla. He is 27th Governor and 18th regular Governor of the Himachal Pradesh, since it was granted full statehood in 1971. Vrat took his oath of office in Sanskrit and it was administered by Chief Justice of the Himachal High Court, Justice Mansoor Ahmad Mir as per provisions of Article 159 of Constitution. About Acharya Dev Vrat Acharya Dev Vrat is an eminent educationist and hails from Haryana. He was born on 18 January 1959. Read More

Two Indian technology tycoons Azim Premji chairman of Wipro and Shiv Nadar founder of HCL bagged place in Top 20 on Forbes’ first ever list of ‘100 Richest People In Technology’. As per the Forbes list of ‘top 100 richest people in technology’ Azim Premji with net worth of $17.4 billion ranked 13th followed by Shiv Nadar on the 14th spot with net worth $14.4 billion. Two Indian-origin technology czars Romesh Wadhwani and Bharat Desai are also in the list, they were ranked 73rd and 82nd respectively. Key Findings: American billionaires dominate the list occupying 51 slots followed by Asia Tech barons, with 33 people hailing from that region. Eight Europeans made to the list two from the Middle East and one from Latin America. Read More

Thermal Powertech Corporation India Ltd (TPCIL) has synchronised the second 660 MW unit of its 1,320 MW coal-fired thermal power plant with the grid on 11 August. The power plant is situated at Krishnapatnam in Nellore district of Andhra Pradesh, whose first unit of 660 MW was synchronised in 2014 and started commercial operations from February 2015. The commercial operation of second unit is expected to commence by September 2015 with which it will function in full capacity of 1,320 MW. The thermal power plant is developed and operated by TPCIL which was incorporated in 2008 as a joint venture company between Hyderabad-based Gayatri Energy Ventures Private Limited and Singapore-based SembCorp Utilities. Read More

On 11 August the social network giant Facebook doled out 21 million US dollar to Indian app developers under its FbStart initiative. With an aim to attract next billion Internet users towards social networking, last year Facebook launched FbStart an initiative to promote and help new mobile app developers around the world. The two Indian entrants Hyderabad-based Samosa and Delhi’s Cardback received the 21 billion US dollars under this initiative. Few facts: The Hyderabad-based Samosa had developed an app that offers a curated collection of clips from popular movies that people can share with friends. The Delhi- based Cardback developed an app that helps cardholders and wallet users identify the best ways to pay and maximise their rewards and savings for every transaction they make. Read More

National Bank for Agriculture and Rural Development (NABARD) got accredited by the Green Climate Fund as a national implementing entity for undertaking climate change related projects in India. In 2010 the United Nations Framework Convention on Climate Change (UNFCCC) had set Green Climate Fund (GCF) to help developing countries to finance clean energy projects other mitigation efforts and adaptation to climate change. Accordingly NABARD is the only national implementing entity in the country for undertaking climate change projects. NABARD will get funds in the form of concessional loan or in form of grant or through other modalities approved by the GCF Board. In line of this NABARD has submitted a proposal to GCF for financial support on ‘Mitigating climate change and enhancing adaption for farmers through agro-forestry project set by Haryana Government.