1. Greece agrees bailout deal ‘in principle’ with its creditors 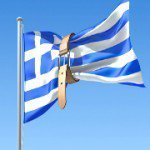 Greece has agreed a new in principle multi-billion euro bailout deal with its creditors. It was announced by the European Commission (EC) after series of marathon talks between Greece and its lenders in Athens. In this regard a technical agreement has been reached between the EC and Greece. The agreement will now require political approval from the debt ridden country. The bailout deal comprises a package of 85 billion euros over next three year. This agreement will keep Greece in the Eurozone currency and avert bankruptcy which may lead negative cascading effect on global economy. Read More 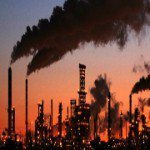 Australian government has announced to cut country’s greenhouse gas (GHGs) emissions by 26-28 per cent of 2005 levels by 2030 as part of negotiations on a global climate deal. In this regard, Conservative Prime Minister Tony Abbott led government will submit its target to theUnited Nations Framework Convention on Climate Change (UNFCCC). Australia’s announcement in this regard comes ahead of Climate change conference which is scheduled to be held in Paris in December 2015. Being world’s largest exporter of coal and iron ore, Australia is one of the largest carbon emitters on a per capita mainly due to its reliance on coal-fired power plants. Read More 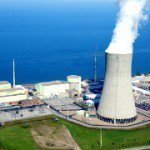 Japan for the first time has switched on a nuclear reactor nearly two years after all nuclear power stations were closed aftermath of the Fukushima disaster of 2011. The No 1 reactor at Sendai plant of Kyushu Electric Power started its operations and within few days it will start producing full power. The second Sendai reactor will restart its operation later in October 2015. Approval to start reactor was given by Japan’s apex regulator, Nuclear Regulation Authority (NRA) based on stricter safety rules imposed after the 2011 accident. Read More

Union Government has announced that 424 species of fauna and 347 species of flora including 2 reptiles have been discovered in the country in 2013-2014. It was announced by Union Environment Minister Prakash Javadekar in a written reply to the Lok Sabha. The written reply mentioned that   These species were discovered by scientists and taxonomists of Botanical Survey of India (BSI) and Zoological Survey of India (ZSI) in the year 2013-14. Details of these discovered plant species have been published as ‘Plant Discoveries 2013′ and ‘Plant Discoveries 2014′ published by BSI. While that of animal species has been published in ‘Animal discoveries 2013′ and ‘Animal Discoveries 2014′ published by ZSI. Read More

5. Union Government gives nod to set up All India Institute of Ayurveda

Union government has given nod to set up of All India Institute of Ayurveda (AIIA) for imparting Doctor of Medicine (MD) and Ph.D level education in the field of traditional medicine. It was announced by Minister of State (MoS) of AYUSH Ministry, Shripad Yesso Naik in a written reply to an unstarred question in the Rajya Sabha. AIIA will be located at Sarita Vihar in New Delhi. It will be the apex institute of ayurveda with 200 bedded referral hospital for imparting postgraduate and doctoral education in the field of Ayurveda. Apart from this, it was also announced that Union Government has set up Research Councils and implemented a Central Scheme of Extramural Research. Read More

On 11 August 2015 Government of India and the World Bank signed the Financing Agreement for the assistance of National Cyclone Risk Mitigation Project- I & II (NCRMP- I & II) for $ 104.00 Million and $ 308.40 Million respectively. The two separate financing agreements were signed for NCRMP- I & II under a common objective for coastal states to mitigate vulnerability to the cyclone and hazards prone coastal communities. NCRMP-I covers States of Andhra Pradesh and Odisha. NCRMP-II covers States of Gujarat, Maharashtra, Goa, Karnataka, Kerala,  and West Bengal. Read More

7. Sanjay Jalona appointed as MD and CEO for L&T Infotech

Larsen and Toubro has appointed former Infosys executive Sanjay Jalona as the Managing Director and CEO of its subsidiary L&T Infotech, IT arm of L&T. The new CEO Sanjay Jalona will run L&T Infotech from its New Jersey office in order to add thrust to its profitable growth. Company aims to boost growth and strengthen its presence in the United States, Europe, Gulf Cooperation Council countries and the East countries. Before joining the L&T Infotech country’s sixth largest IT services firm he was working as an executive vice-president and global head of High-Tech Manufacturing and Engineering Services for Infosys. Read More

8. Aadhar not mandatory for availing welfare schemes of Government: SC

The Supreme Court (SC) has ruled that Aadhar card is not mandatory for availing benefits of various welfare schemes of the government. Ruling in this regard was given by three-judge Constitution bench of SC while on hearing a batch of petitions challenging the Aadhar scheme. Supreme Court ruling Not mandatorily for citizens to have Aadhar card. The card will not be mandatory for availing facilities Public Distribution Scheme (PDS), kerosene and LPG distribution system. Barred the government authorities from sharing personal biometric data collected for enrollment under the scheme. Read More

Maharashtra government has roped Superstar Amitabh Bachchan as its new ambassador for the Tiger Conservation Project. His association will help to raise awareness about saving the tigers in the state. In this regard Mr. Bachchan has accepted an offer which was forwarded by state Forest Minister Sudhir Mungantiwar. State government had forwarded this proposal to Mr. Bachchan after Tiger Protection Foundation approved a proposal of his appointment as ambassador to promote the Save Tiger campaign in July 2015. It should be noted that Mr. Bachchan is also brand ambassador of Gujarat Tourism since February 2010. Read More

Veteran Marathi stage actor, drama producer and singer Bhalchandra Pendharkar passed away in Mumbai after a brief illness. He was 94. Pendharkar was born on 25 November 1921 in Hyderabad, Telangana (then Andhra Pradesh). He was affectionately known as Anna among the theatre circle. He had gained immense popularity through his play Duritanche Timir Javo (1957). Some of his other most memorable theatre plays are Gita Gaati Dnyaneshwar, Panditrao Jagannath and ‘Shabbas Birbal Shabbas’. He had played important role in the strengthening a drama group called Lalitkaladarsh Natak Mandali which was founded by Keshavrao Bhosale in 1908. Read More

Union Minister for Minority Affairs Dr. Najma Heptulla launched a new Central Sector Scheme Nai Manzil for empowering minorities. The scheme was launched to make innovative interventions in the field of education and skill development for improving the welfare of minorities. The Scheme: Aim to address educational and livelihood needs of minority communities in general and Muslims in particular, which lags behind in terms of educational attainments than the other minority communities. Aims to provide educational intervention by giving the bridge courses to the trainees and getting them Certificates for Class XII and X from distance medium educational system. Read more

In line with economic slowdown in China, the People’s Banks of China devalued yuan by 2 per cent against the US dollar. Devaluation was done based on a new way of managing the exchange rate that better reflected market forces which differs greatest from the one introduced at the start of 1994. Devaluation was done with an aim: To encourage export through devalued yuan. To support domestic demand and to help Chinese firms to borrow and invest abroad. To encourage foreign firms and governments to make greater use of the currency. Read More