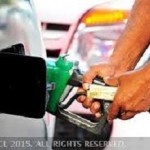 Nepal has received 73.5 metric tonnes of petrol from China for the first time after signing a major deal with it to ease crippling shortage of petroleum products. The shortage was due to the month-long Madhesi-led blockade of India-Nepal border over the new Constitution. Under the Agreement, China will supply petrol, diesel, LP Gas and air gasoline to Nepal.

Twelve trucks carrying petrol from China on November 2 entered Nepal through Rasuwagadhi trading point. These tankers were bringing 144,000 litres of petrol and diesel to Nepal following an agreement inked between Nepal oil Corporation and Petro China in Beijing last week to ease crippling shortages after protests over a new Constitution blocked imports from its sole supplier India.

Scores of trucks were stranded at the key India-Nepal border checkpoint for more than a month due to the protest which cut off vital supplies and forced fuel rationing across the landlocked Himalayan nation.

China has agreed to provide 1,000 metric tonnes of oil equivalent to 1.2 million litres to Nepal on grant basis as relief in the festival season. Officials from Nepal Oil Corporation and Petro China will hold discussion on fixing prices for the petroleum products to be supplied to Nepal for long term consumption. India had a monopoly on Nepal’s fuel supplies for decades but tensions over the blockade have prompted Nepal to turn to its northern neighbour China. Read More