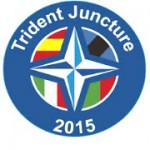 North Atlantic Treaty Organization (NATO) has launched Trident Juncture Military Exercise in Italy to test the alliance’s ability to respond to new security threats. It will also demonstrate NATO’s capability to deal with conventional military engagements to more subtle hybrid warfare techniques and propaganda. It is the biggest military exercise conducted by alliance in past 13 years as it has mobilized around 36,000 soldiers, sailors and airmen from more than 30 countries of NATO. Key facts The operational centre for the exercise is based in the Sicilian city Trapani (Italy). It will take place till early November 2015 and extend into Spain, Portugal and adjacent waters. The exercise envisions a fictitious invasion of a small alliance member by a large country, followed by creating a crisis with ethnic and… Read More