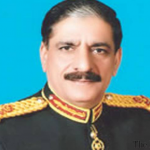 Retired Lieutenant General Nasser Khan Janjua has been appointed as the new National Security Advisor (NSA) of Pakistan. He will take the charge from Sartaj Aziz who was earlier holding dual offices of NSA and Adviser on Foreign Affairs with status of a federal minister. Now Mr. Aziz will only concentrate on foreign affairs. Janjua’s immediate task will be to concentrate on security ties with Afghanistan in the west and India in the east. Earlier in October 2015, Janjua had retired as chief of Southern Command which is based at Quetta in Balochistan province. He also had served as the President of the National Defence University and has worked on military preparedness exercise ‘Azm-e-Nau’, which manily focuses on India. Comment Nasser Khan Janjua’s appointment as NSA signals out Pakistan army’s increasing grip over Prime Minister Nawaz Sharif’s government and its security affairs and dealings with India. His appointment will also increase Pakistani army’s hold on the security affairs of the country…Read More