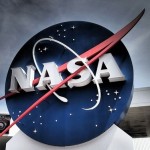 The National Aeronautics and Space Administration (NASA’s) revamped planet-hunting Kepler spacecraft has discovered more than 100 planets orbiting other stars. The Kepler spacecraft discovered these alien planets during its second-chance K2 mission by using the transit method.

The Kepler spacecraft finds the planets by using the transit method. It is detection of the tiny brightness dips caused by the planet after it crosses its host star’s face from spacecraft’s perspective. Transit method technique requires extremely precise pointing of spacecraft.