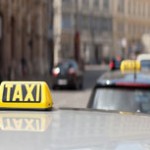 City’s LGBT (lesbian, gay, bisexual and transgender) citizens will soon be able to drive private taxis in the city, in a sign of the increasing acceptance of the marginalised community in India’s commercial capital.A project launched by Wings Travels and community organisation, Humsafar Trust, will train up to 300 members of the LGBT community to drive cabs in the city. The service, to be called Wings Rainbow, may then be expanded nationwide.