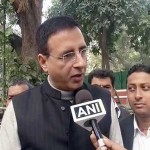 The Union Cabinet today gave its ex-post facto approval to the signing of an agreement with the UK for cooperation in the energy sector.

“The Union Cabinet chaired by Prime Minister Narendra Modi has given its ex-post facto approval for signing of a Memorandum of Understanding (MoU) between India and the United Kingdom of Great Britain and Northern Ireland on cooperation in the energy sector,” a press statement said.

The areas of cooperation under the agreement include market reforms, regulatory structures and the role of competition in the supply and distribution of electricity, including regulations and incentives for renewable energy deployment and the integration of renewable energy into the grid. Read More