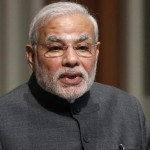 International rating agency Moody’s Analytics on Friday cautioned Prime Minister Narendra Modi that India might lose domestic and global credibility if he did not rein in controversial members of his Bharatiya Janata Party. In a report titled India Outlook: Searching for Potential, Moody’s Analytics said for the country to reach its growth potential it has to deliver the promised reforms.

“Undoubtedly, numerous political outcomes will dictate the extent of success,” it said. The ruling BJP does not have a majority in the Rajya Sabha and crucial reforms bills has been met with an obstructionist opposition.

“But in recent times, the government also hasn’t helped itself, with controversial comments from various BJP members.

While Modi has largely distanced himself from the nationalist gibes, the belligerent provocation of various Indian minorities has raised ethnic tensions.

“Along with a possible increase in violence, the government will face stiffer opposition in the upper house as debate turns away from economic policy. Modi must keep his members in check or risk losing domestic and global credibility,” Moody’s said.

It projected that India’s GDP growth for September quarter at 7.3%, while for the full fiscal it would be 7.6%.

“Key economic reforms could deliver greater potential GDP, as they would improve India’s productive capacity. These include the land acquisition bill, a national goods and service tax, and revamped labour laws. They are unlikely to pass through Parliament in 2015, but there is an even chance of success in 2016,” Moody’s said.

As regards interest rates, it said low rates will buttress the economy in the short-term but reforms are needed to reach long-term potential growth.

The Reserve Bank kick-started the recovery by cutting the repo rate by 1.25% this year.

It said positive signs are emerging with the State Bank of India, the nation’s largest bank, cut its base lending rate earlier this month.

“Capacity utilisation has been low across industries this year. The capital expenditure pipeline is running dry. However, interest rate cuts should encourage investment, as will the softer inflation profile,” it added…Read More