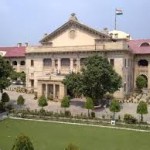 The Allahabad High Court on Friday ruled that married daughters of deceased government employees should be considered for appointment on compassionate grounds under the Dying in Harness Rules.

It held that the state government’s existing policy of extending the facility to only unmarried or widowed female offspring was “unconstitutional” and violated fundamental rights.

The petitioner had contended that the government policy was “discriminatory” and in violation of the Right to Equality as enshrined in the Constitution, since the marital status of sons of deceased government officials did not impact their eligibility for appointment on compassionate grounds. Read More