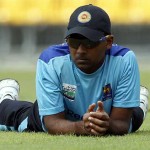 “Marylebone Cricket Club (MCC) has awarded former Sri Lanka batsman Mahela Jayawardene Honorary Life Membership of the Club. Jayawardene’s invitation recognises a stellar career in which he played 149 Test matches and scored 11,814 runs at an average of 49.84,” the MCC said in a statement.

He appears on the famous Lord’s Honours Boards twice, having scored 107 and 119 against England in 2002 and 2006 respectively. Read More