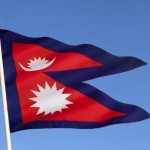 Madhesis have rejected the Nepal government’s three-point roadmap to address their demands over some provisions of the new Constitution. They vowed to continue their stir, dimming hopes of an early end to the political crisis plaguing the country. The agitating United Democratic Madhesi Front (UDMF) held a meeting after which the four-party alliance stated it will continue with its protest programmes on the grounds that the government’s proposals “failed to address issues”.

The roadmap included the provision to amend the Constitution to ensure proportionate representation of the Madhesi communities in all state organs and to allocate Parliament seats on the basis of population. The proposal also included constituting a high-level political committee to re-demarcate the provincial boundaries within a period of three months. Read More