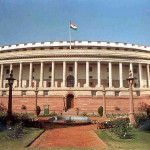 The Lok Sabha has passed a Bonus Bill allowing doubling of wage ceiling for calculating bonus to Rs 7,000 per month for factory workers with establishments with 20 or more workers, with the benefits being applicable retrospectively from April 2014. The Payment of Bonus (Amendment) Bill, 2015, was passed by a voice vote, with some members objecting to the raising of eligibility limit for payment of bonus from a salary of Rs 10,000 per month to Rs 21,000. The official amendment provides that the benefits of the Act would be deemed to have come into force on April 1, 2014, instead of April 1, 2015.

The Bill provides for enhancing monthly bonus calculation ceiling to Rs 7,000 per month from the existing Rs 3,500. It also seeks to enhance the eligibility limit for payment of bonus from Rs 10,000 per month to Rs 21,000 per month. Read More