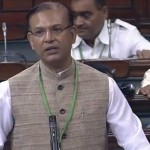 A Bill to amend the “archaic” Indian Trusts Act, 1882, that will provide greater autonomy to trustees and allow them to invest trust funds in securities notified by the government, was passed by the Lok Sabha today.

The Indian Trusts (Amendment) Bill, 2015, was passed by a voice vote amid continued protests by the Congress members, who were in the Well raising slogans throughout the discussion on the Bill. They also opposed taking it up for passage, citing that the House was not in order. Read More