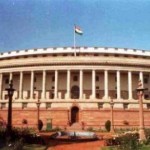 Lok Sabha today passed a bill that provides for transfering from the central government to the states the control over industries engaged in the production of potable alcohol.

The Industries (Development and Regulation) Amendment Bill, was passed by a voice vote in the absence of Congress and Trinamool Congress which were boycotting the House over some “objectionable” remarks by a BJP member against Rahul Gandhi and Nehru-Gandhi family.

Replying to a discussion on the Bill, Commerce and Industry Minister Nirmala Sitharaman said the amendment would bring potable alcohol under the jurisdiction of states and help address the issue of litigations which have been filed. Read More