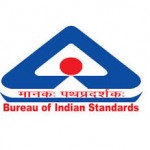 he Lok Sabha on Thursday passed a bill that provides for establishing Bureau of Indian Standards (BIS) as the National Standards Body of India and enable the government to bring more products, systems and services under ambit of standardisation.

In his reply to the debate on the Bureau of Indian Standards Bill, 2015, Consumer Affairs, Food and Public Distribution Minister Ram Vilas Paswan said that the government did not want an “inspector raj” but there will be investigations in case of complaints.

“A bill on standardization has come to the house after (about) 30 years,” he said. Read More