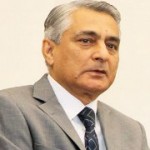 The incumbent CJI H.L. Dattu had recommended Justice Thakur’s name for this top most post of Indian Judiciary, as he was senior-most judge of the apex court. Following the recommendation, the Union Law Ministry had processed his file and sent it to the Prime Minister’s Office (PMO) for approval. From the PMO after its approval the file was forwarded to the President of India for approval…Read More