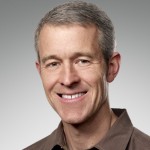 Apple Inc has promoted longtime executive Jeff Williams to the role of chief operating officer. Williams, who joined Apple in 1998, previously served as senior vice president of operations and oversaw development of the Apple Watch, the company’s first new product since the iPad. In charge of the iPhone maker’s supply chain, and service and support operations, he also looked after the company’s social responsibility initiatives.

The move will create greater accountability for improvements to the App Store. The move liberates Eddy Cue, Apple’s senior vice president of Internet software and services, to focus on one of his chief responsibilities: deal-making. Read More