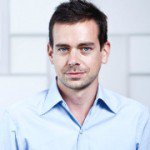 He will succeed Dick Costolo who had resigned in June, 2015 after serving to this top post for five years.

With this new appointment he will cease to be chairman of the board of Twitter but will continue to serve as a member of the board.

Earlier from May 2007 to October 2008, he had served as Twitter’s president and CEO. He was also the Chairman of the board of members of Twitter since October 2008 and has been a member since May 2007. Read More