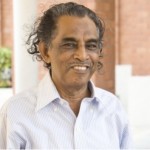 A 76-year-old Indian-origin writer whose 57 books are read in universities has been declared as the winner of this year’s prestigious South East Asia Write Award, a media report said here today.

Jamaludeen Mohamed Sali, who has been writing for over 50 years and has several literary awards to his credit, including Singapore’s prestigious Cultural Medallion and a number of them from Tamil Nadu, will receive the award on Monday.

Better known as J M Sali, the author has written 57 books, 80 plays and more than 400 short stories including Vellai Kodugal (White Lines) Alaigal Pesuginrana (the Sound Of The Waves) that are now studied by Tamil Literature students in Singapore and Indian universities. Read More