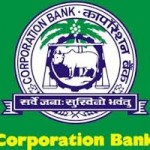 The union government has appointed Jai Kumar Garg as managing director and chief executive officer of Corporation Bank for a period of three years.Garg took charge of the city based public sector bank on Monday, succeeding S R Bansal, who superannuated from services as CMD on January 31. A chartered accountant and also associate member of Indian Institute of Banking and Finance, Garg prior to this appointment was executive director in Uco Bank.

Read More At The Times of India