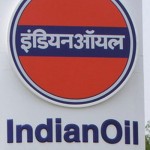 Indian Oil Corporation’s latest refinery in Paradip, Odisha, the first in over a decade for the nation’s largest fuel major, started production of petrol from the Rs. 34,555-crore facility. Prime Minister Narendra Modi will dedicate the 15 MMTPA Paradip Refinery, which will primarily be producing BS-IV fuels and serving the eastern and south-eastern markets apart from exports, to the nation on February 7.

The foundation stone for the refinery was laid by former Prime Minister Atal Bihari Vajpayee in May 2002, which again was a full one decade after the project was proposed by the PV Narasimha Rao government in July 1992. This refinery complex is the most modern facility in the country and also India’s first and the largest greenfield facility on the East Coast.