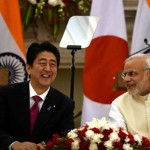 A joint naval exercise between Indian and Japanese Coast Guards will be held on January 15 to strengthen relationship and refine the joint operating procedures between the coast guards of the two nations. The exercise named Sahyog Kaijin-XV is scheduled to be held in the Bay of Bengal off Chennai on 15 January. Japan Coast Guard ship ‘Echigo’ will be visiting Chennai between January 11-16 and a highlight of the exercise includes a “scenario of hijacking of a merchant vessel and subsequent rescue in a combined coast guard operation of both countries”.

The exercise would be jointly witnessed by the Director General, Coast Guard, Vice Admiral Bisht, and Vice Amdiral Hideyo Hanamizu, Vice commandant of the Japanese Coast Guard besides other top officials.