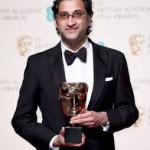 There was little cheer for India at the 58th Grammy awards in Los Angeles, in a night dominated by American pop star Taylor Swift and rapper Kendrick Lamar. While Indo-British director Asif Kapadia registered a win in Best Music Film section for his documentary Amy.It was yet another disappointing year for sitarist Anoushka Shankar. She lost out to Benin-born singer/songwriter Angelique Kidjo who won the award for the album, Sings. Anoushka was nominated in the Best World Music Album category for her solo album Home, a pure Indian classical album.