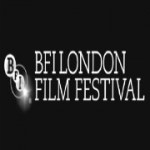 An Indian short film, An Old Dog’s Diary has won prestigious Best Short Film Award at the 2015 London Film Festival (LFF). The award was bestowed by the British Film Institute (BIF) at 59th edition of LFF. The 11-minute film has been directed by Shai Heredia and Shumona Goel. It story of film reveals the cultural conditions of Indian avant-garde painter Francis Newton Souza’s work and its institutionalisation by assembling the puzzle-piece evocations of his portrait.

Earlier the film was showcased in the Wavelengths category at 2015 Toronto International Film Festival. About London Film Festival LFF was founded in 1957 and is an annual film festival held at London to show the best of the year’s world cinema to a British audience. The Festival showcases the best work of world cinema that …Read More