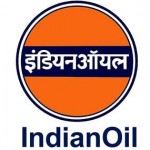 State-run Indian Oil Corporation (IOC) has maintained its numero uno position followed by Reliance Industries in terms of revenue for the sixth consecutive year in the list of Fortune 500 Indian companies 2015. The list, which has been compiled by global business magazine Fortune’s Indian edition since 2010, said the total revenue of firms has grown a mere 2.7 per cent and profits fell 5.9 per cent compared with 2014.