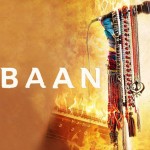 “It’s the ultimate honour for ‘Zubaan’ to have its World Premiere as the Opening Film for the Busan International Film Festival. It was a terrific experience showcasing the film at the festival and also interacting with one of my favourite Hollywood actors, Mr Harvey Keitel,” Singh said in a statement. Read More