India to participate in Cobra Gold 2016 military exercise in Thailand 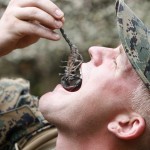 The term Cobra Gold was in news on 3 February 2016 as India confirmed its participation in the annual amphibious military exercise in 2016. The decision in this regard was conveyed to Thailand, the host country, during Vice President Hamid Ansari’s visit to the country.