India may be third largest economy after 2030: UK think tank 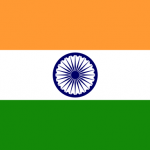 According to a new study, India could become the world’s third largest economy after 2030 and its ascension could see France and Italy kicked out of the exclusive G8 group or its membership increased to 10 to accommodate India and Brazil. According to a report by the UK think tank Centre for Economics Business and Research (CEBR), China will overtake the US as the largest economy in the world in 2029 with the US slipping to second place and India close behind at third.

India’s projected GDP in 2030 was $10,133 billion, behind America’s $32,996 billion and China at the top with a projected GDP of $34,338 billion. However, India will become the largest economy in the Commonwealth in 2019 when its economy overtakes the British economy. Read More