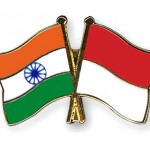 Briefing the reporters on the discussions and meetings Vice President Hamid Ansari had with the leadership here, Anil Wadhwa Secretary (East) in the External Affairs Ministry said it was felt by the two sides that there was no need to exchange letters as part of completing formalities. This cooperation is important as both India and Indonesia have committed themselves to reduce carbon emissions by 35% and 29% respectively by 2030.

“We have also discussed possibilities of expanding our cooperation in defence and counter-terrorism through intensification of our existing mechanisms”, Ansari said.

The ratification of the extradition treaty between India and Indonesia that was expected to be completed by the two countries today could not be executed as Indonesia was unable to process a few key documents in time.

Ansari also emphasized, that as a maritime neighbor and a strategic partner, with a number of cultural similarities, including its own multicultural and multi-linguistic character, India has traditionally enjoyed close relations with Indonesia.

He said the two countries are also together in the search for reforming the United Nations, particularly the Security Council.

Ansari said India and Indonesia share many things and have economies with strong complementarities and challenges. On the economic side, he mentioned that India imports nearly $1 billion worth of crude oil, and that there was a large Indian community in Brunei which was making its contribution in the field of medicine, education and business, according to an official statement.

On India’s relationship with Brunei, Ansari said the kingdom has been very friendly to India.  Read More