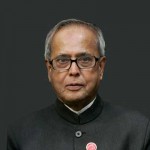 India has announced projects worth 17.79 million US dollars in Palestine. President Pranab Mukherjee, who is on a maiden visit to Palestine, committed five projects including a technology park at Ramallah. In addition, a grant of five million US Dollars has also been given to Palestine as Budgetary assistance.

India and Palestine called for a negotiated and peaceful settlement of the Israel-Palestine issue based on internationally agreed upon principles, which would lead to a united and viable state of Palestine. Read More