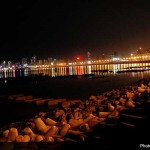 India was placed at 7th position in world’s most valuable nation brands report among the 100 assessed nations. It was revealed in recently released annual report compiled by Brand Finance.

Among BRICS nations: India is the second most valued brand country among BRICS emerging economies after China and followed by Brazil, Russia and South Africa. World’s most valuable nation brands report of Brand Finance measures the strength and value of the nation brands of 100 leading countries. Its method is based on the royalty relief mechanism employed to value the world’s largest companies. The valuation is based on 5 year forecasts of sales of all brands in each nation and follows a complex process in which Gross domestic product (GDP) is used as a proxy for total revenues. Read More