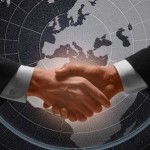 A new social security agreement signed between India and Australia has come into operation enabling people of both nations to avail retirement benefits in each other’s country, a pact likely to boost bilateral business linkages. Australian Minister for Social Services Christian Porter and Minister for Small Business and Assistant Treasurer Kelly O’Dwyer said the Commonwealth government wanted to make sure people who live and work in more than one country are not disadvantaged. The Agreement signed in November 2014 came into operation on January 1, 2016.