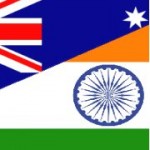 India and Australia have sealed Nuclear-deal procedures for supply of uranium from later to energy starved India. N-deal procedures were formally completed between both countries following a bilateral meeting between Prime Minister Narendra Modi and his counterpart Malcolm Turnbull in Antalya, Turkey on the sidelines of the G-20 Summit.Following the conclusion of the agreement, India has become the first country to buy Uranium from Australia without being a signatory to the Nuclear Non-proliferation Treaty (NPT).