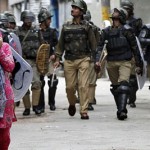 The Court observed that the Central government can enforce AFSPA in Garo Hills region in order to deploy armed forces to aid of civil administration to restore public order and maintain the law and order. The imposition of AFSPA would be only for the purpose of enabling the civil authorities in the state to effectively deal with militancy so that there is a regime of rule of law. Read More