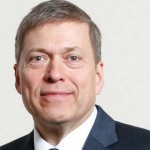 In his new role he will lead all operations of Tata Motors in India and in international markets, including South Korea, Indonesia, Thailand and South Africa.

Prior to this appointment he had served as chief operating officer (COO) of plane-maker Airbus Group SA and also was member of the group executive committee.