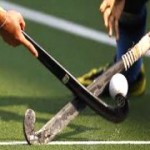 Great Britain won the 2015 Sultan of Johor Cup under-21 field hockey tournament by defeating defending champions India. In the final, India lost to Great Britain in penalty shoot by 3-4 goals score. Both teams had equaled by 2-2 goals score in regular full time match played at Johor Bahru, Malaysia. In this edition of Cup, Sumit Kumar and Harmanpreet Singh of India with three goals each have been the top scorers in the tournament for the country. 2015 Sultan of Johor Cup of Hocey Earlier, India was placed at the top of the table in the league phase of the cup, just losing one match to Great Britain. Host Malaysia has been placed at third position in this edition of tournament after they… Read More