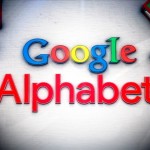 Internet Search engine giant Google has officially has converted into new parent company Alphabet Inc. after US markets closed on 2 October 2015. Company had made legal filing for officially establishing the new parent structure of Alphabet without any changes in their day-to-day operations.

After closing of US markets, shares of Google stock (both Class C and A) were convert into shares of Alphabet stock. In this exchange the tickers will remain unchanged as GOOG and GOOGL respectively.

With this Google’s core flagship business entities encompassing search, YouTube Android will be a wholly-owned subsidiary of Alphabet. Google’s smaller units like the hardware maker Nest, moonshot factory Google X will now set up their own companies under Alphabet Inc. Read More