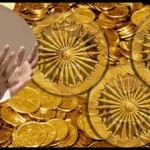 Prime Minister Narendra Modi on five November 2015 launched 3 gold related schemes. The schemes are – Gold monetization scheme, Sovereign Gold Bond scheme and Indian Gold Coins. The 3 schemes were announced by the Union finance minister Arun Jaitley in his 2015-16 budget speech in February 2015.The primary purpose of the schemes is to reduce dependence on imported gold, recycle the unutilized gold in the country and most significantly, streamline the gold business within the country. At present, India is the largest consumer of gold within the world…Read More