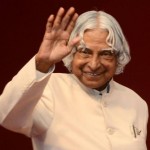 The government has decided to rename the prestigious missile complex in Hyderabad ‘Dr APJ Abdul Kalam Missile Complex’ in honour of the late President. Defence ministerManohar Parrikar will attend the renaming ceremony at the Research Centre Imarat (RCI) on October 15, the 84th birth anniversary of the former President, also known as the ‘Missile Man’. Kalam had joined the missile complex in 1982 and was a part of it for nearly two decades.

The missile complex comprises the Advanced System Laboratory, Defence Research and Development Laboratory and RCI, which is considered to be the brainchild of Kalam. Parrikar will also be inaugurating two advance R&D facilities at RCI. Read More