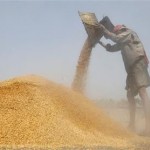 Goa Government has launched the National Food Security Act (NFSA), 2013 with an aim to benefit more than one third of the state’s population.

As per the reports, the Act is likely to bring more than one third population of the coastal state into legal entitlements of existing food security programmes and schemes of the Central Government.

Here are some special facts you should know about the Act, its provisions and benefits: