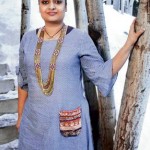 Geetu Mohandas is both thrilled and inspired. The script of her yet-to-be shot film Insha Allah bagged the Global Filmmaking award at the Sundance Film Festival and Geetu is the only Asian to receive it. “It is more exciting when your work gets attention when it is still at the script level,” she says.The film, which is about a boy from Lakshadweep searching for his brother, is an adventure drama. “We had to attend lab workshops at the festival, where we had a one-to-one session with five mentors.