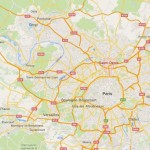 An official says a large police operation is under way in the Paris suburb of Saint-Denis and it’s believed to be linked to the deadly attacks on the French capital. The police official says there have been exchanges of gunfire and special SWAT teams are on the scene. The official was not authorised to be publicly named according to police policy.Police have blocked off the area around Place Jean Jaures in Saint-Denis, just north of Paris. French authorities have said they are searching for at least two people involved in last Friday’s attacks, which killed at least 129 people and 7 terrorists…Read More