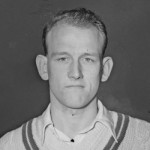 Former England fast bowler Frank Tyson passed away in Australia. He was 85. He was renowned as one of the quickest to have ever played in the game of cricket. He was nicknamed as ‘Typhoon’ for his extreme pace. In his career spanning between 1954 and 1959, Tyson had played 17 Tests for England. He had taken 76 wickets at an average of 18.56. His most memorable performance was in the 1954-55 Ashes played in Australia. In this match he had taken 28 wickets in five Tests, at an average of 20.82 which had helped England achieve a 3-1 win. He had retired from the game at the age of 30 in 1960 and turned to journalism and cricket commendatory after he emigrated to Australia. Read More