Facebook wants employees to use Android phones, not iPhones

Facebook wants employees to use Android phones, not iPhones 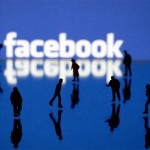 A large number of Facebook employees are shunning their iPhones and switching to Android devices. And they are doing it — not necessarily willingly — under strict instructions from chief product officer Chris Cox.“I am mandating a switch of a whole bunch of my team over to Android, just because people, when left up to their own devices, will often prefer an iPhone,” Cox was reported as telling mediapersons by Wired.com.

If you thought Facebook has suddenly developed some sort of vendetta against Apple, it is not the case. Nor is there a new bonhomie with Google. This is a practical decision, according to Cox.

Actually, a large chunk of Facebook’s expanding user base in the developing world access the social network on Android devices, and not iPhones.
As Facebook seeks to reach more people around the world, Cox said he wanted his team to switch to the world’s most popular mobile platform “so that they can be reporting bugs and living in the same experience that most Facebook users experience today”.
The directive shows just how much attention Facebook is paying to the emerging markets, crucial as they are for the social networking giant’s further expansion.
Facebook’s focus are the people who are just coming online, or have yet to come online. And Cox is ensuring his men understand the clients’ needs first hand…Read More