Home » Current Affairs » ‘Eyewash’: How The CIA Deceives Its Own Workforce About Operation

‘Eyewash’: How The CIA Deceives Its Own Workforce About Operation 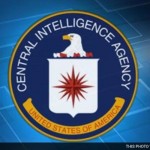 The other day, I asked a group of special forces officers from Colombia’s National Police what they thought of all the recent reports by journalists who have camped out with FARC rebels as the group nears a peace deal with the government.Photographers and camera crews from Al Jazeera, VICE and the Associated Press have all been invited into FARC-controlled territory to spend several days with guerrilla “fronts,” offering a fascinating glimpse into their daily lives.