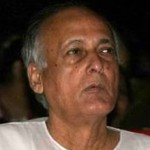 Former West Bengal Assembly Speaker Hashim Abdul Halim has passed away due to cardiac problems at the age of 80. Halim, who had created a record of serving as the Assembly speaker for 29 long years from 1982 to 2011 during the Left Front rule, was suffering from cardiac problems since the last few years.A member of the Communist Party of India (Marxist), he was elected as an MLA for the first time in 1977, when the CPI (M)-led Left Front came to power. He was elected to the state assembly for seven consecutive terms till 2011.